In addition to enhancing grid resiliency, disaster and emergency response and management, the two-year microgrid test project will afford valuable insights as to the technologies EWEB might make use of as residents and businesses become energy producers as well as consumers, The Register-Guard’s Christian Hill highlights in a January 2 news report.

Investing its own capital and nearly $300,000 in state and federal funds, EWEB intends to build and test renewable energy and storage-based microgrids at three sites. Expected to be up and running by the end of 2016, one is to power some of the operations at EWEB’s Roosevelt Operations Center. A second will power a water pumping and storage system, while the third will power a communications tower that’s used by local law enforcement and fire departments. 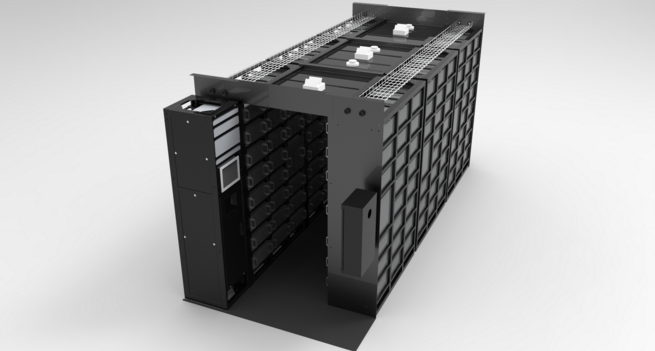 “After a disaster, Oregonians will need reliable access to electricity, potable water, and emergency communications,” EWEB Energy Resource Analyst Will Price stated in an Oregon Department of Energy press release. The state energy department is providing $295,000 in state and federal funds to realize the microgrid test project.

“Our demonstration project will test and measure support for three types of community infrastructure, with energy storage for a water and electricity emergency operations hub, a water pump station, and a multi-agency communications site.”

Interconnected, all three will be able to run independently in the event of grid failures or outages, as well as store and supply electricity for the grid during normal operation. Grid power will charge the batteries when solar energy isn’t available, with diesel generators serving as an emergency back-up.

The Oregon DOE noted that EWEB’s micogrid test project addresses all five of the principal criteria and objectives it is looking to achieve in funding such initiatives: service reliability and resiliency, renewable energy integration, high-quality power, grid regulation and energy demand management.

“ODOE is proud to support EWEB’s demonstration project, which will help us understand more about the variety of grid benefits from energy storage and make utilities more resilient in an emergency,” ODOE Director Mike Kaplan was quoted as saying. “We’re also pleased with the world-class expertise U.S. DOE and Sandia National Laboratories will bring to our state.”